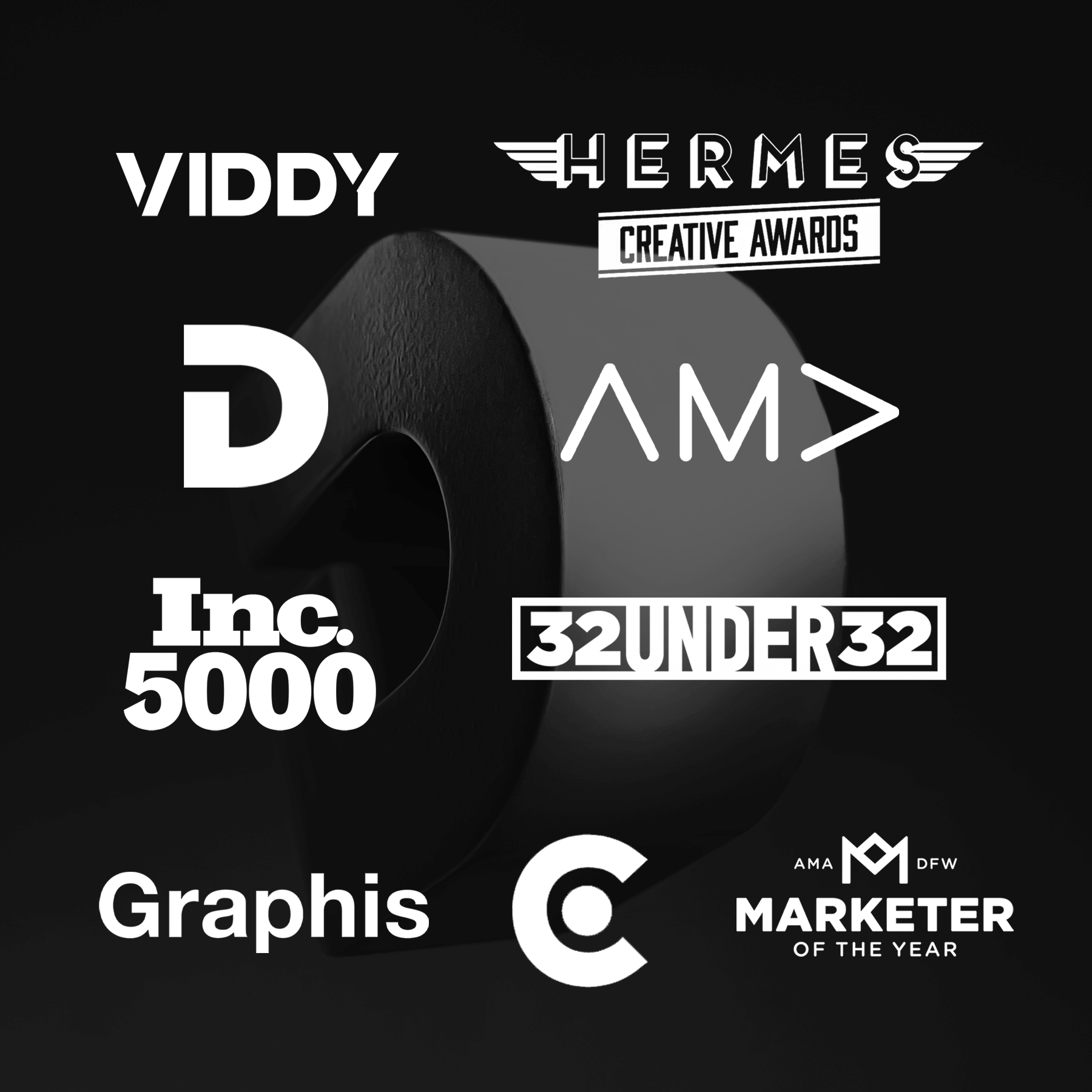 Dallas’ Spire Agency has been Texas’ most-awarded B2B branding agency since 2016. But in 2021, the agency elevated to new heights, winning a record 30 creative awards while also obtaining many prominent industry recognitions.

The year began in March as Spire was just one of 37 Dallas agencies to be recognized at the 59th Annual AAF Dallas ADDYs. The agency received two Bronze awards for Howard Hughes, and a B2B website Bronze for ClearShift.

May was a big month at the 15th Annual Hermes Creative Awards with the agency taking home an astounding 22 awards—the most in the agency’s history. Eight Platinum, nine Gold and five Honorable Mentions came from a variety of categories, including logo design, collateral, videos, annual reports and integrated campaigns.

The bookshelf-filling night was highlighted by seven awards for TrinityRail, four for Howard Hughes, Global Semiconductor Alliance with three, ClearShift with three, Payer Compass with two, Spire with two and one award for Aerial.

The summer brought the agency’s first-ever Viddy Award—a Gold for Short Form Video for work on TrinityRail. The Viddys began in 1995 and are one of the world’s largest competitions in film and video.

In October, Spire received two Marketer of the Year awards from the DFW chapter of the American Marketing Association. The exclusive event distributed just 15 awards to nine D/FW agencies. Spire’s first award of the night was for Best B2B Branding on tax-smart wealth management client, Avantax. The agency then went on to receive the first-ever Best Diversity, Equity and Inclusiveness award for the Global Semiconductor Alliance “Women in STEM” collegiate campaign.

And then in November, Spire ended the year with two awards from Graphis Design Annual. The Tyler Technologies Annual Report received a Silver, and the Howard Hughes 10th Anniversary mailer obtained an Honorable Mention. Spire was one of 341 North American awards in the international competition, and one of only 17 from Texas.

While the agency won many awards, two of our employees won individual accolades of their own. Kimberly Tyner was named the inaugural Agency Leader of the Year by AAF Dallas earlier this year. And Brendan Callahan was named to Ad 2 Dallas’ prestigious 32 Under 32 list.

As they say in the biz, “But wait, there’s more.” Spire also received many recognitions and honors to add to this momentous year. Because of fantastic client reviews, the agency was named to the Clutch 1000 of the world’s top B2B companies, and was named the #1 creative agency, #1 advertising agency and the #1 branding agency in Dallas by Clutch.

And finally, our agency made the Communication Arts shortlist for Tyler Technologies, received acknowledgement from Packaging of the World for Howard Hughes, and was named a Best Portfolio Website nominee by Awwwards for the Spire website.

Truly, it was a remarkable year for the Spire team. While the awards look great in our trophy case, the best part is that those accolades spanned nine of our clients. Being Texas’ most-awarded B2B branding agency only happens because smart clients continue to trust us to do impactful work for their brands.