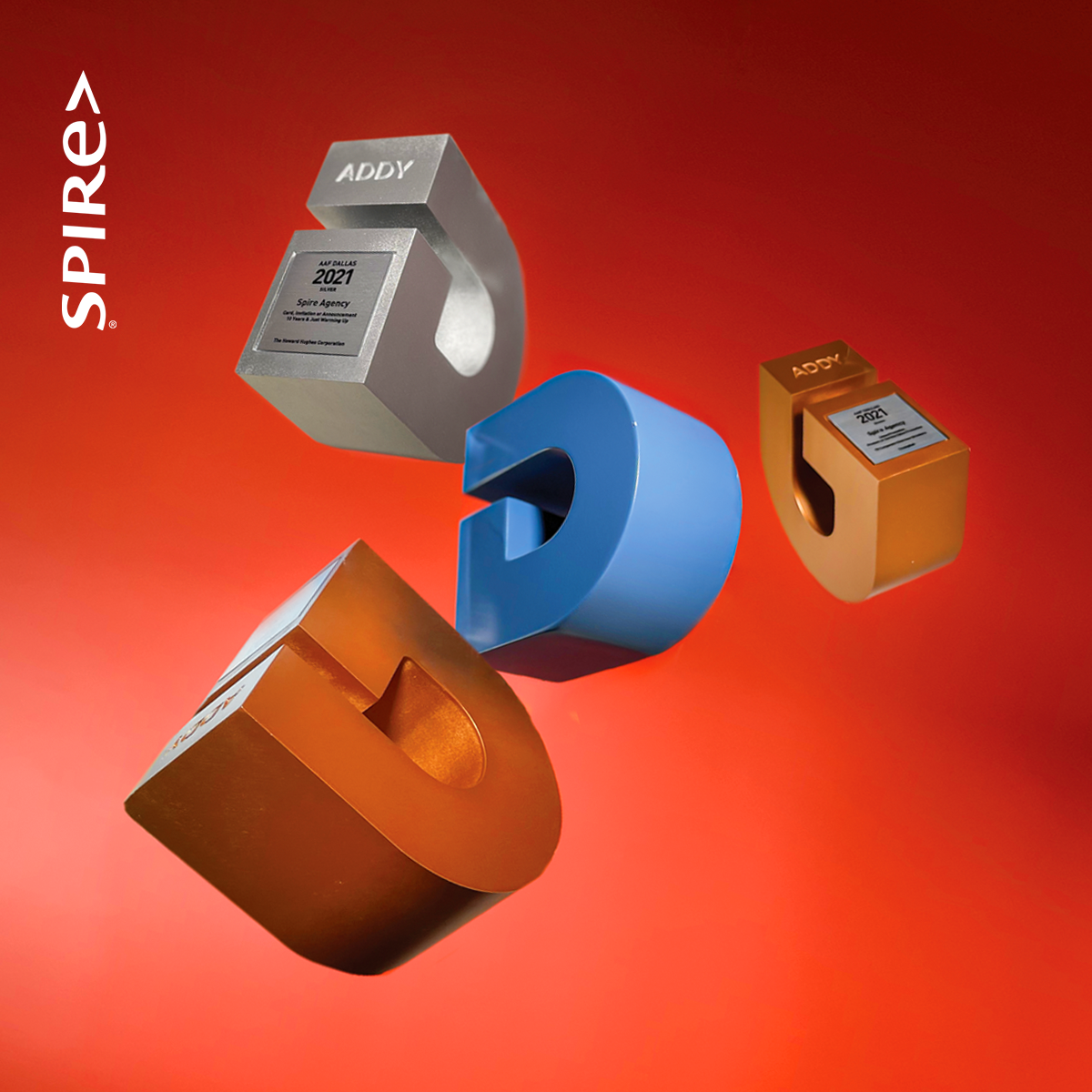 Spire was one of just 37 companies to be awarded at this year’s industry award show. The American Advertising Awards, affectionately known as “The ADDYs,” are the largest advertising awards program in the United States that celebrates creativity and excellence in advertising. A jury of advertising peers from around the nation judged the local competition, determining who received the honor of Gold, Silver, and Bronze ADDY Awards. 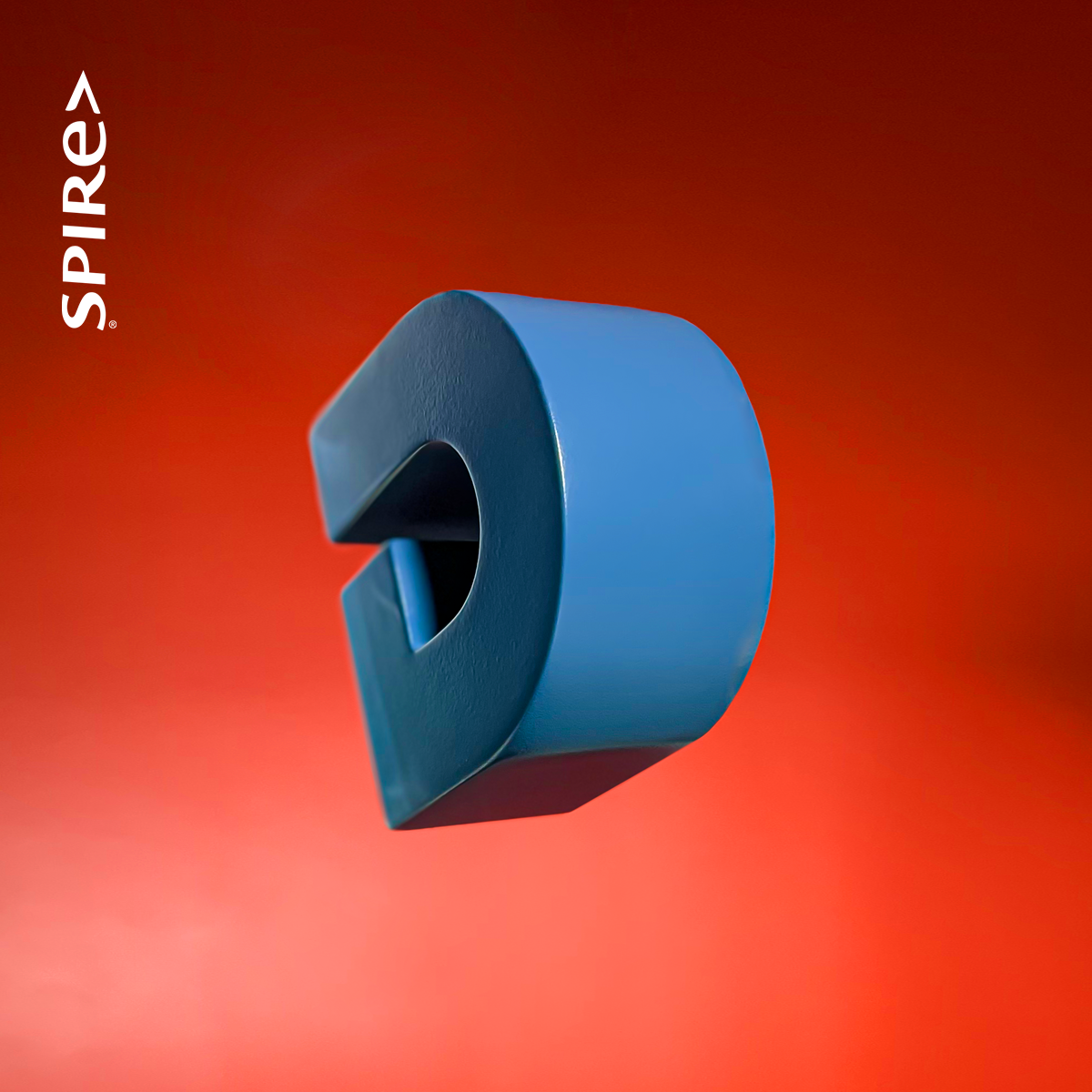 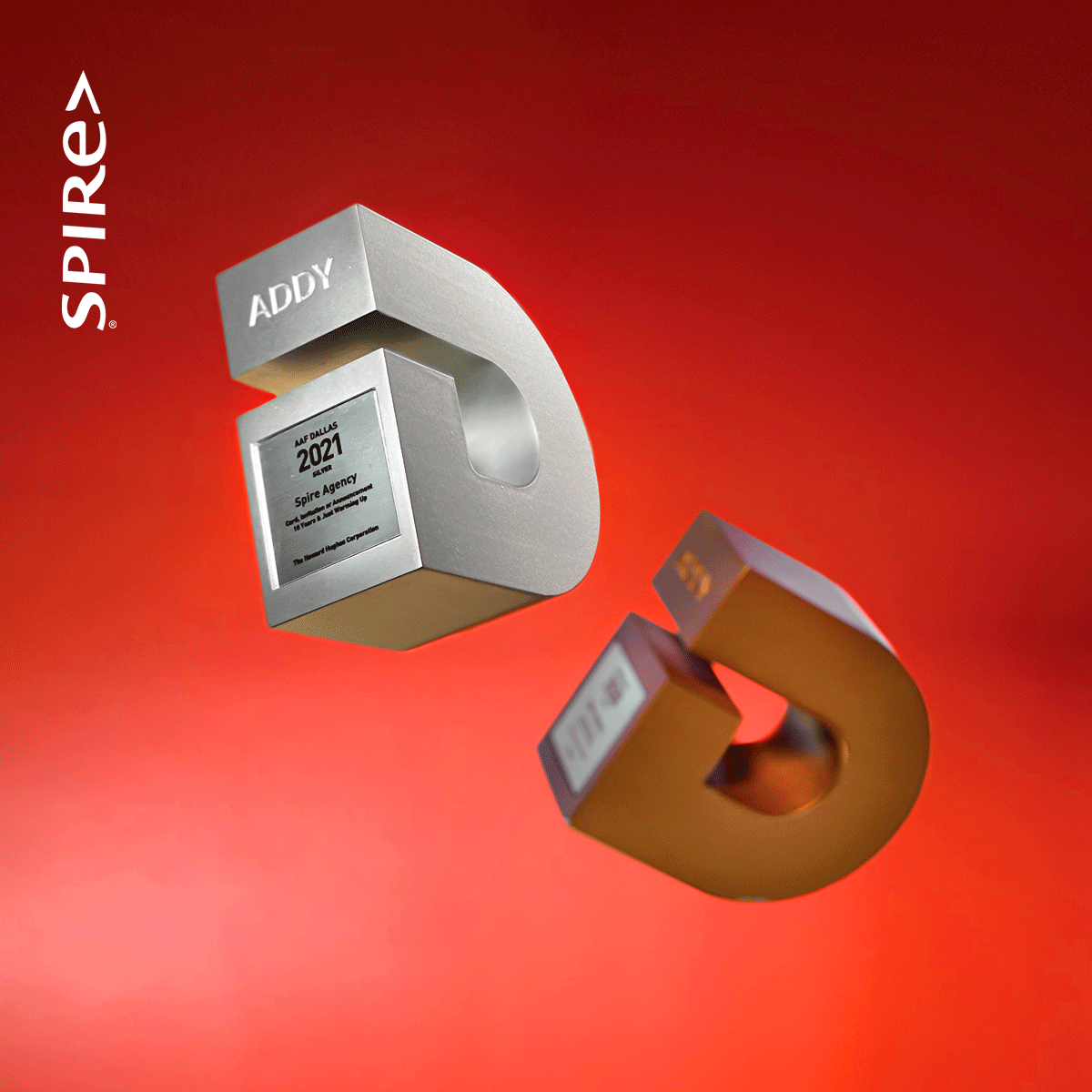 Spire’s Co-Owner and Chief Creative Officer Kimberly Tyner was honored with the inaugural Agency Leader of the Year award. AAF Dallas’ Suits Awards recognize and honor individuals across various advertising disciplines who support the creation, execution, and delivery of great creative work from the Dallas advertising industry. Each year, AAF Dallas selects one individual from each of nine categories to honor during the ADDYs award show. This is, however, the first time the organization has named an Agency Leader of the Year. News of Kimberly’s award was also featured in a recent article by AdChatDFW.

Work for one of the agency’s newest clients, Howard Hughes, received both a Silver and a Bronze award. The Howard Hughes Corporation owns, manages, and develops commercial, residential, and mixed-use real estate throughout the U.S. Spire’s invitation for Howard Hughes’ 10th anniversary event received the Silver, while the “Howard 10” logo was awarded Bronze.

“While awards are never our focus, we are always overjoyed to have our work judged and awarded by industry professionals from other cities and even countries,” said Kimberly Tyner. “None of it would be possible without having great clients who truly let us do our best work.”

Perhaps the greatest acknowledgement of the night, at least in the eyes of other agencies, was Spire being the official beverage sponsor for the ADDYs. Each agency received a bottle of “B2Bourbon” to be used in the making of the Spire Smash — a celebratory cocktail inspired by our smashing Agency Leader of the Year winner, Kimberly Tyner. The sponsorship will be used by AAF Dallas to fund industry programs throughout the year.

AAF Dallas was founded in 1908 and is the local chapter of the American Advertising Federation — the “unifying voice” of the 40,000 professionals in our nation’s advertising industry. The Dallas ADDYs are the first step in a three-tiered competition that culminates into the national American Advertising Awards this summer. It is our industry’s largest creative competition with over 35,000 professional and student entries each year. 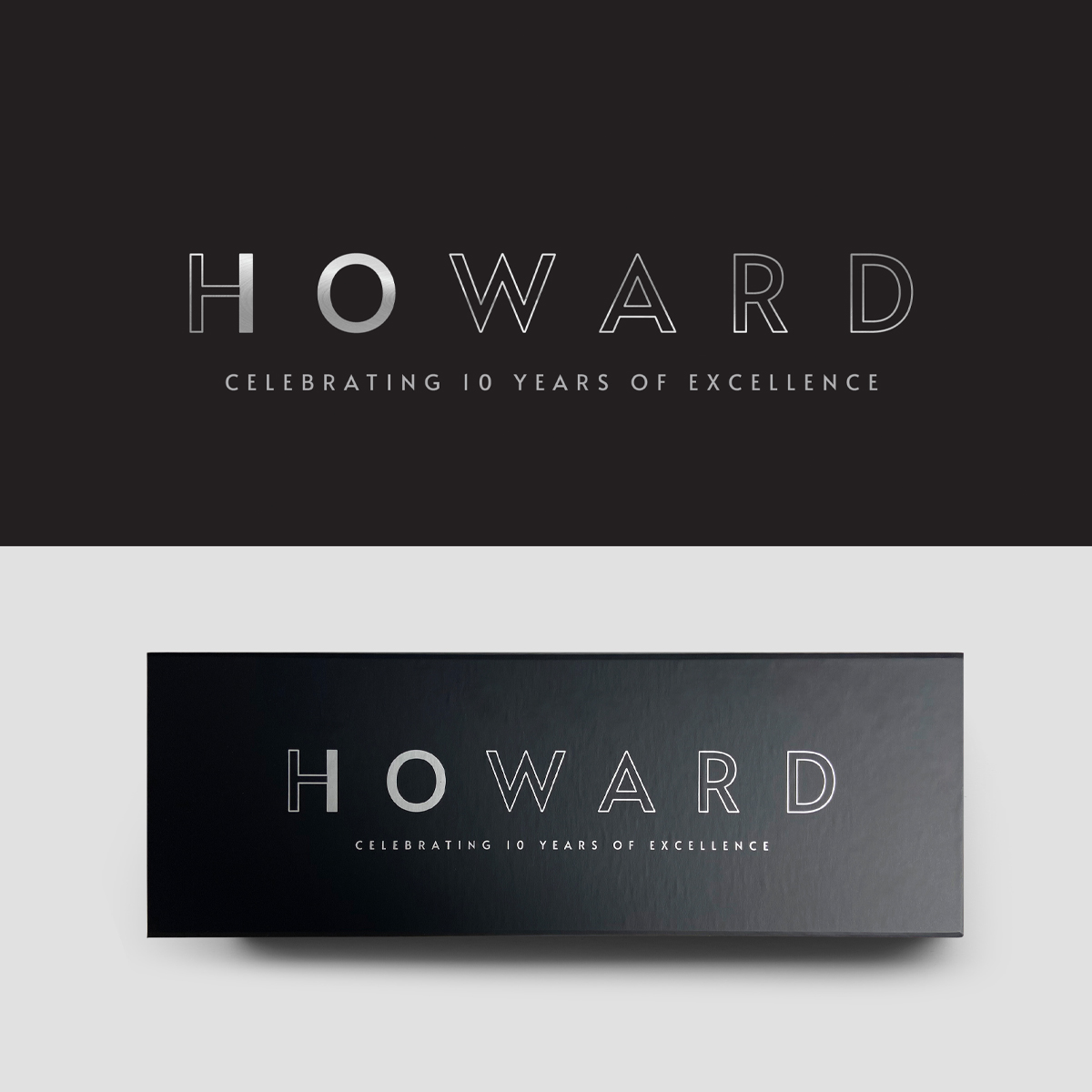 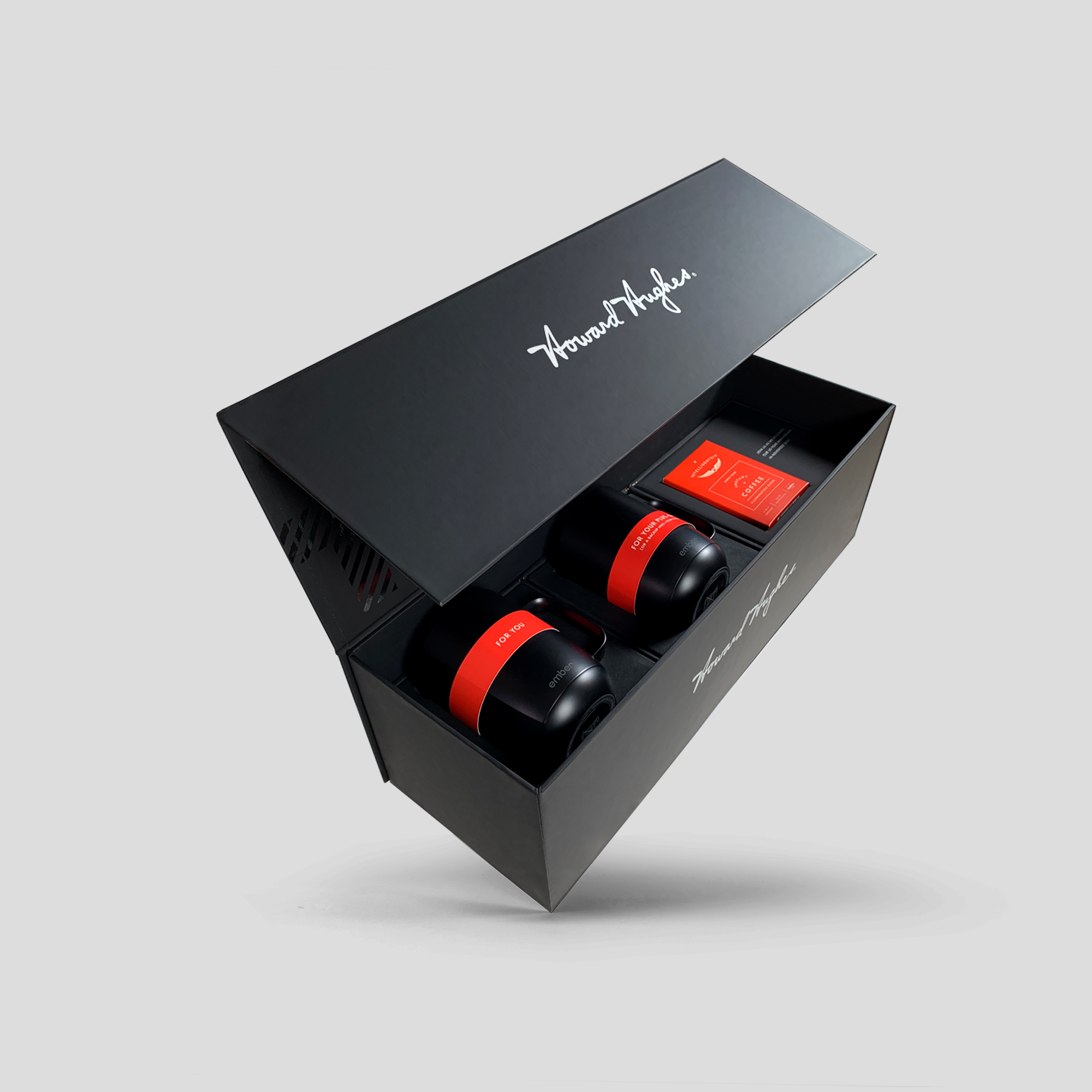