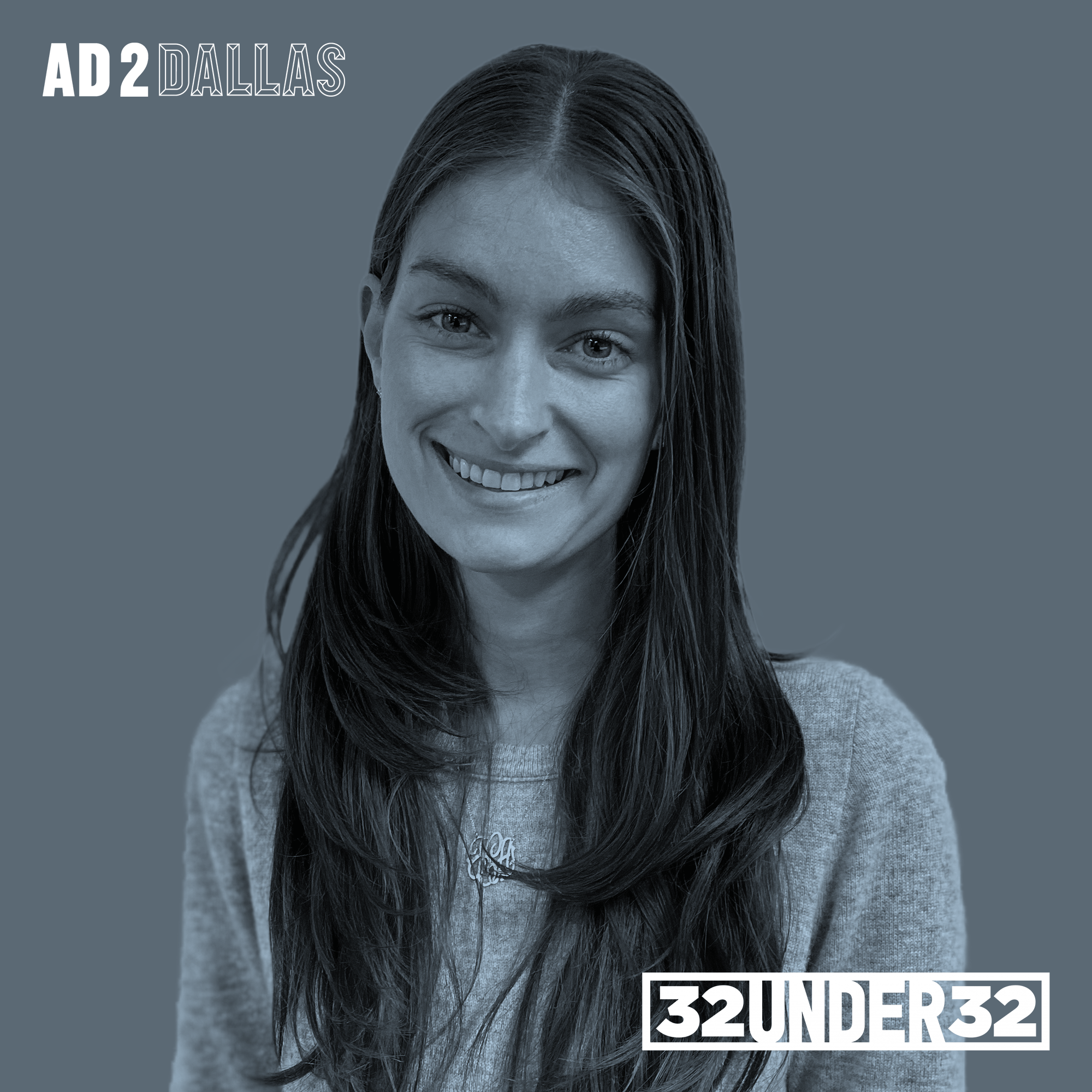 Spire’s Account Supervisor Julia Cardali has been named to the prestigious 32 Under 32 list by Ad 2 Dallas. The class of 2022 was honored at an in-person gala at the Lorenzo Hotel Dallas on Thursday, November 10.

Ad 2 Dallas is an affiliate of AAF Dallas for advertising professionals who are 32 years of age or younger. The organization is focused on meeting the needs of Big D’s young advertising, marketing, and communications professionals and students, while being the largest award-winning Ad 2 chapter in the nation.

The 32 Under 32 award began locally in 2017 to recognize young professionals in our industry who make a real difference early in their careers. Julia joins the sixth class of professionals, and is the second Spire employee in two years to make the prestigious list. According to Ad 2 Dallas, there were 200 nominations for this year’s class, making it the most competitive in the history of the award. 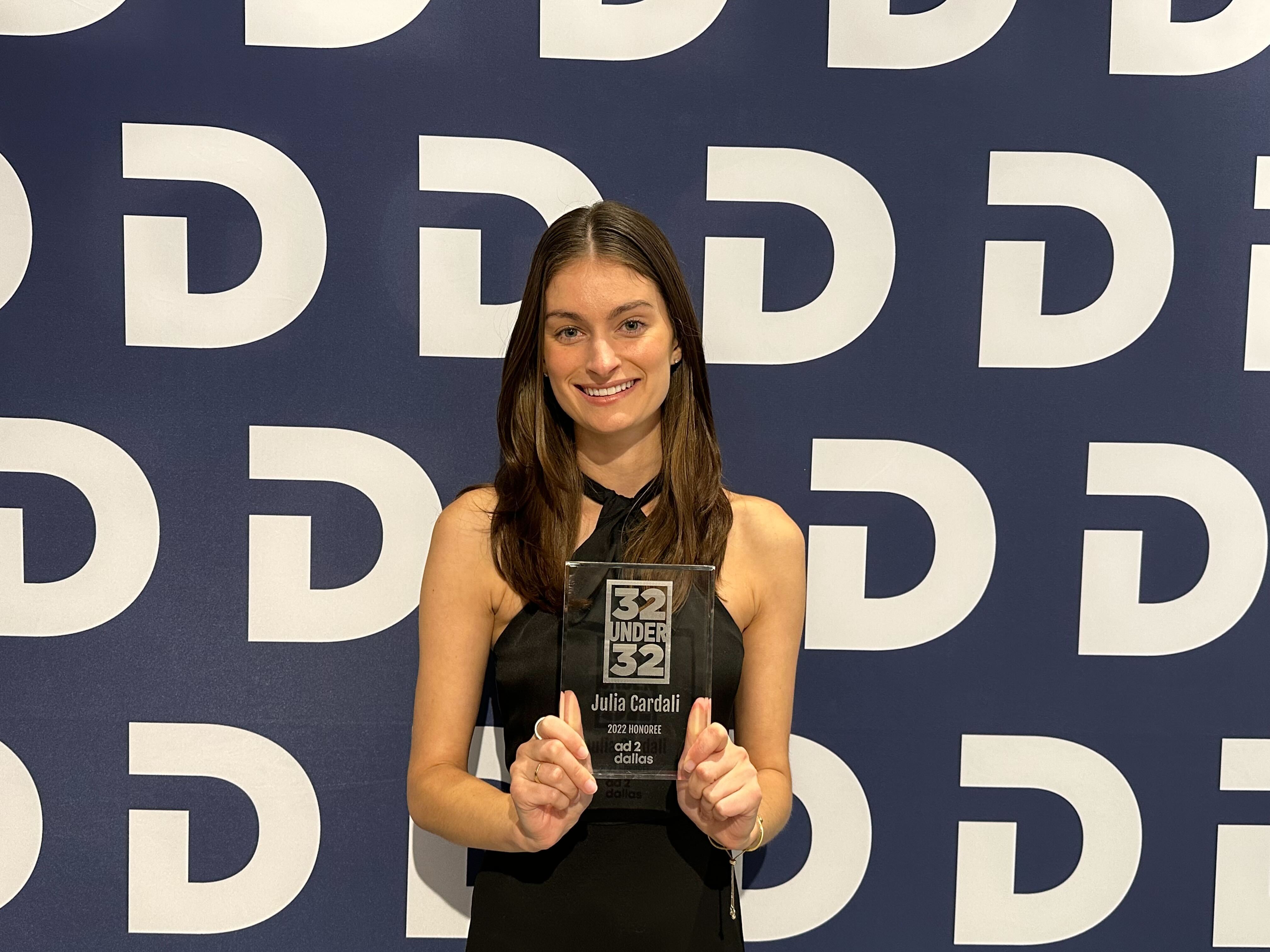 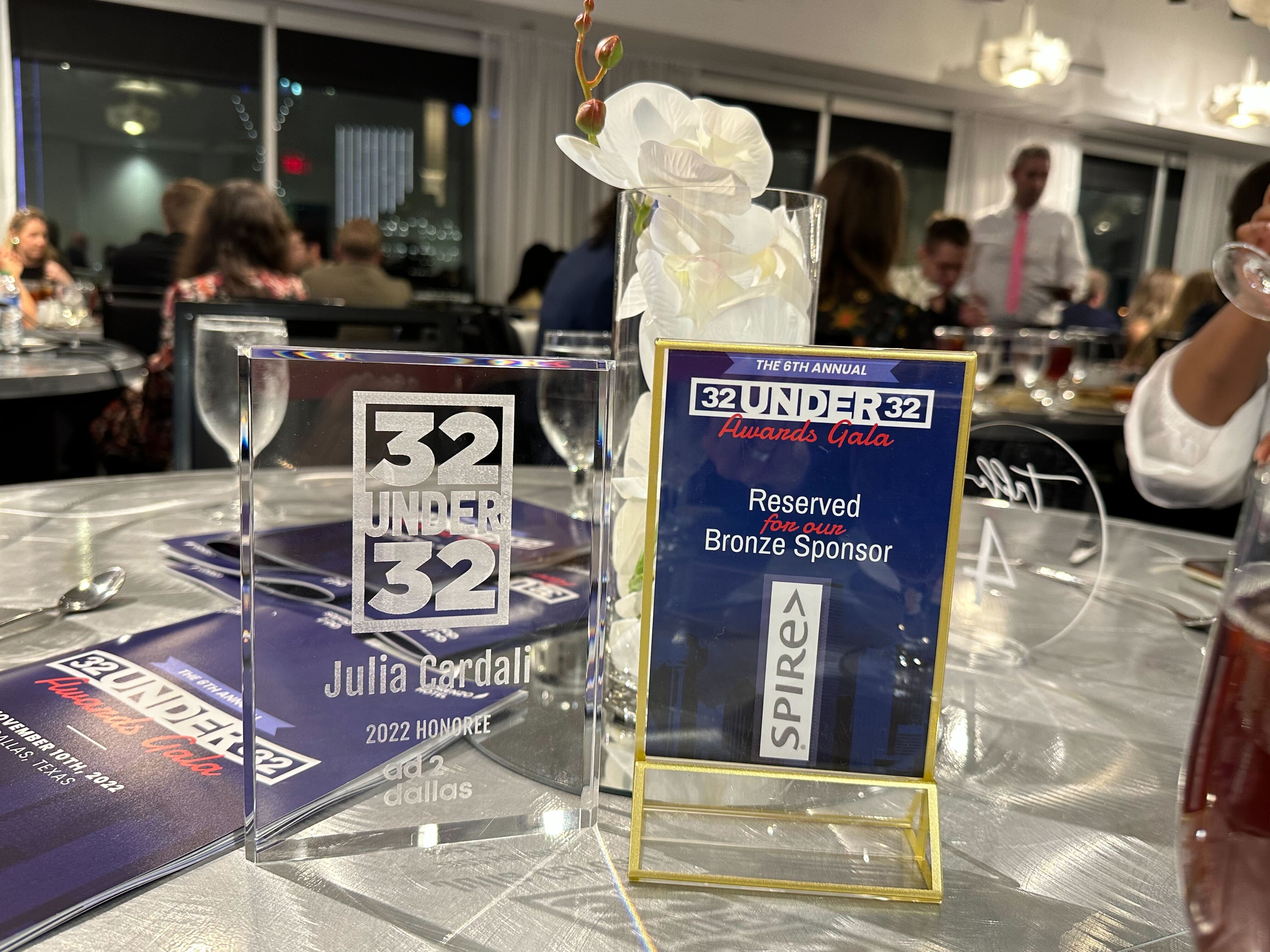 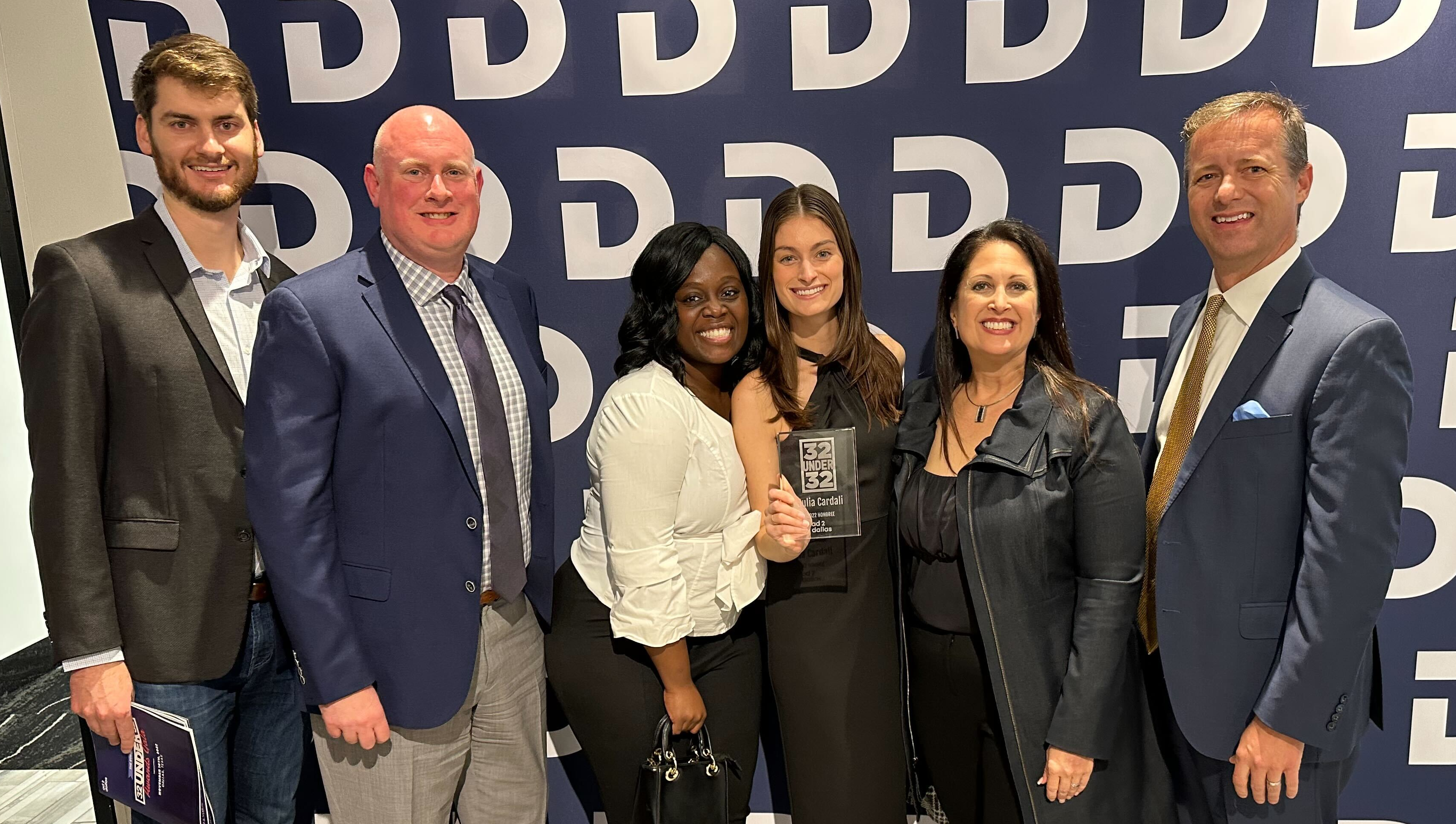 “Julia’s addition to this year’s 32 Under 32 is incredibly deserving,” said Mike Stopper, EVP Client Service & Planning at Spire. “She’s proof that hard work, determination, and bacon cheese fries are the key to success.”

Julia is a rostered member of Ad 2 Dallas, and recently received an Integrated Marketing 360 certification from Cornell University. She is a graduate of Loyola University Maryland, and began her career in the B2C realm at TM Advertising, working on a number of household brands that include Universal Orlando, No Yolks, and American Airlines Federal Credit Union.

To stay up to date on Spire news, awards, and blog posts, subscribe to our Spire Wire newsletter.