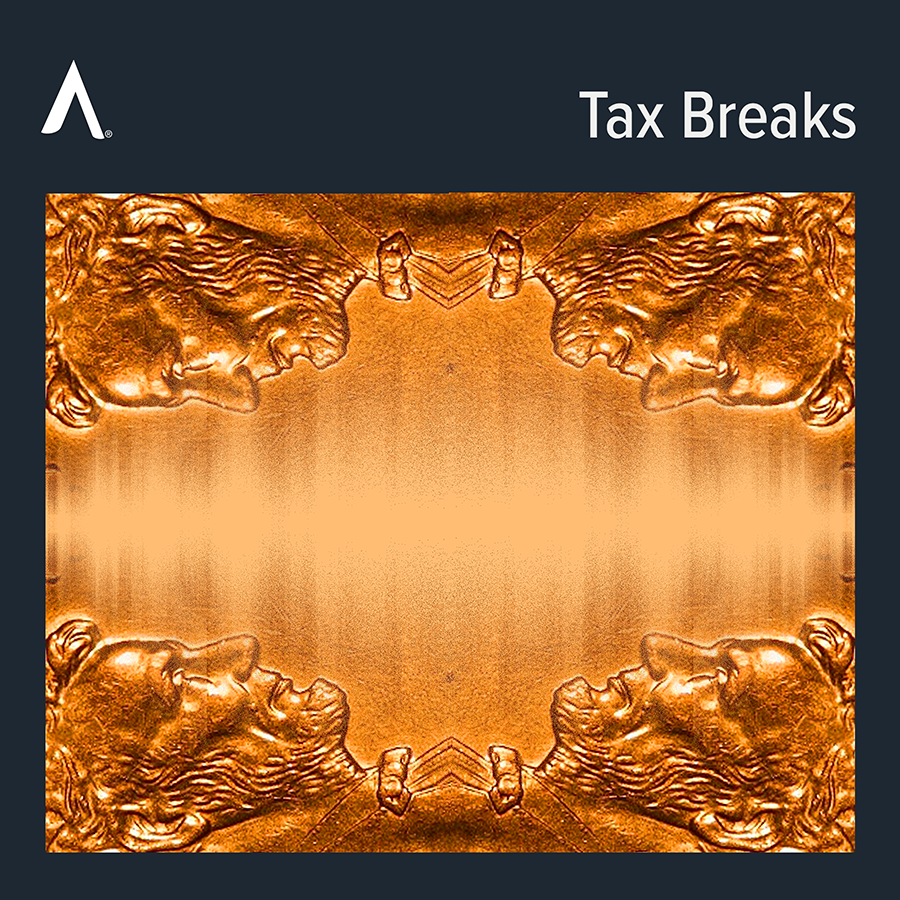 An Audit of Audio with Playlist Vol. 4: Tax Breaks

The taxman cometh. Despite the delay due to the ongoing pandemic, mid-April is still synonymous with reluctantly-written checks to the government and mad dashes to the post office for Tax Day. In the United States, Tax Day is the day on which individual income tax returns are due to be submitted to the federal government. Tax Day was first introduced in 1913 with the ratification of the Sixteenth Amendment. Since 1955, Tax Day has typically fallen on or just after April 15.

But there is a better way to pay it forward. Our EVP Account Service and Planning Mike Stopper crunches the numbers and files our newest Spire on Spotify playlist, Vol. 4: Tax Breaks, inspired by our clients at Avantax.

Avantax has been a client of Spire since 2019 and is a pioneer and leader in tax-smart wealth management, specializing in helping financial and tax professionals provide tax-focused financial planning and investment solutions to their clients. As the broker-dealer that understands CPAs and tax pros better than anyone, Avantax helps deepen client value and trust by focusing on a business-building sweet spot: the juncture of accounting and tax-advantaged investing. That’s why we’re taking tax to the max on Tax Day with a playlist that’s right on the money.

The Latin word for “tax” is “taxo” meaning “I estimate.” As most of us know all too well, federal income tax is not the only tax Americans have to pay. There are also social security tax, sales tax, property tax, alcohol tax, tobacco tax, gambling tax, and excise tax.

Federal income taxes were initially deemed unconstitutional by the Supreme Court in the 1895 case of Pollock vs. Farmer’s Loan & Trust Co. In a 5-to-4 decision, the Supreme Court struck down the income tax imposed by the Wilson–Gorman Tariff Act for being an unapportioned direct tax.

In 1913, 18 years after the landmark case, the Sixteenth Amendment to the United States Constitution was ratified. This Amendment gave the United States Congress the legal authority to tax all incomes without apportioning it among the states on the basis of population. The Sixteenth Amendment was ratified by the requisite number of states on February 3, 1913, and effectively overruled the Supreme Court’s ruling in Pollock. The federal tax in 1913 code was only 400 pages in length but today is about 2,600 pages long, according to Thomas Reuters.

The filing deadline for individuals on the first Tax Day in 1913 was March 1, then changed to March 15 in 1918 and again to April 15 in 1955. Today, the deadline remains April 15 unless it conflicts with a weekend or a holiday. Or a global pandemic.

Because of the ongoing COVID-19 pandemic, the Treasury Department and Internal Revenue Service announced in February that the federal income tax filing due date for individuals for the 2020 tax year were automatically extended from April 15, 2021, to May 17, 2021.

While there’s no dodging a federal bill, seven states do not have an income tax: Alaska, Florida, Nevada, South Dakota, Texas, Washington, and Wyoming. New Hampshire and Tennessee tax only dividends and interest income.

According to the Congressional Budget Office, the U.S. government’s total revenue is estimated to be $3.863 trillion for FY 2021, a 4.1% increase over FY2020’s $3.71 trillion. Income taxes will contribute $1.932 trillion. Another $1.373 trillion will come from payroll taxes. Corporate taxes will add another $284 billion, and the remainder of federal revenue will come from excise taxes ($87 billion), tariffs on imports ($54 billion), estate taxes ($22 billion), and miscellaneous receipts ($40 billion).

But let’s file that tax knowledge and contribute our attention to the latest Spotify playlist without exemption and give a little tax credit to our money maestro, Mike Stopper.

Stopper, what is the name of your album?

It’s called Tax Breaks. A tax break is a deduction, exemption, or a credit that reduces the amount owed by an individual, a business, or an entity. It’s generally positive. So this playlist is meant to reduce stress owned by an individual during this time of year.

Even though taxes are generally a dirty word, this playlist is an upbeat and pleasant mix of tunes spanning many decades and genres. After all, federal taxes help sustain the many freedoms and enjoyments we have as Americans.

The title and lyrics in the songs all feature financial phrases like “money,” “taxes,” and “working.”

What is your favorite song and why?

With a last name like “Cash,” you have to go with the Man in Black. Johnny Cash’s song “After Taxes” was released in April 1978 on the album I Would Like to See You Again. It was the country singer’s 57th album, and it peaked at #23 on the Billboard album charts. The lyrics capture the sentiment many Americans feel this time of year.

'Cause from those total wages earned
Down to that net amount that’s due
I feel the painful sense of loss between the two.

The playlist is intentionally bookended with two songs that hit home with most people this time of year.  Queen’s “Under Pressure” opens things up, and the mix ends with Europe’s “The Final Countdown.”

Since the playlist was inspired by our clients at Avantax, the answer is pretty simple. They are a company that provides holistic financial services, and this whole playlist is filled with financial tunes.

Growing up outside Fort Worth, I remember seeing NBC-5 newscasts each year on Tax Day. The Jack D. Watson Central Mail Facility on Mark IV Parkway in northern Fort Worth was near my home, and was the only post office that would take mail until midnight on Tax Day. Cars would line up for miles filled with procrastinators who nervously hoped to have their taxes time-stamped on April 15 to avoid the late filing.

As with most things, COVID-19 has seemingly changed something in our lives on almost a daily basis. This playlist will always be a reminder of the back-to-back years when taxes were due far later than usual.

As you join the roughly 146 million Americans who dutifully file their returns each year, be sure to cash in on our B2B playlist as you pay Uncle Sam the benjamins.Even more playlists will be deposited soon. So, stay tuned to the Spire Blog and Spotify Channel for the drop of our next album.

To stay up to date on Spire and B2B marketing, subscribe to our newsletter.