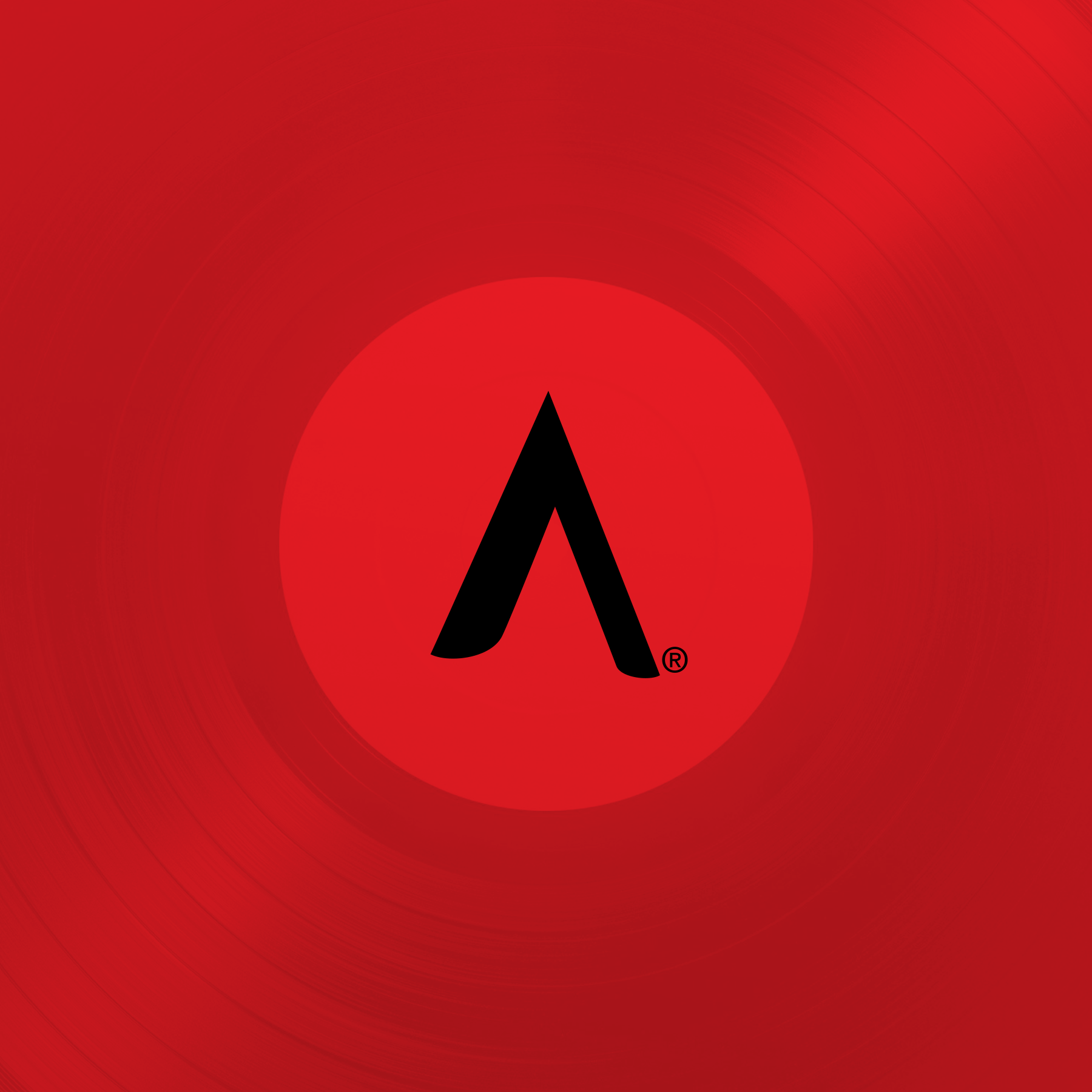 Spire Turns Up the Volume on Audio with New Spotify Playlists

Bob Marley once said, “One good thing about music, when it hits you, you feel no pain.” In a year marked by pain, struggle, and uncertainty, Americans tuned into the audio format to bring a little positivity to their days.

In the spirit of sound, Spire has decided to bring music to the masses and launch a new playlist channel on Spotify. The idea is to use the awesomeness of audio to tell stories about our agency, and our clients, by turning to tuneage. Why just work from home when we can rock from home?

But seriously, why exactly is our B2B branding agency mixing in mix tapes?

Well, music was part of the Spire office culture prior to the pandemic. In fact, we have a Mac workstation that contains our Spotify account, and fancy Bose speakers provide our Bluetooth bump-and-thump throughout the office space. Clearly, everyone has a different music style, so control of the Spotify soundtrack was routinely rotated amongst the office staff.

But we were also influenced by a January webinar from AAF Dallas called “The Future Is Fluid.” A panel of agency and clients were assembled to talk about trends as we head into an uncertain 2021.u

One of the conversations that stood out was from an ad strategist at Pandora who talked about how audio is being consumed substantially more as a result of COVID-19. Researchers from the Centers for Disease Control and the American Red Cross confirm that America has now crossed the one-year mark of the COVID-19 outbreak here in the States. And during that year, people turned to music streaming, podcasts, and audiobooks at unprecedented rates for both personal and professional entertainment.

In fact, Nielsen says that 2020 total audio consumption (of which streaming represents 85%) as up nearly 10 points over 2019. So before we talk mixtapes, let’s talk about how Americans are consuming their audio in 2021.

The pandemic gave Americans more free time, which led to new and increased consumption of podcasts. A podcast is an episodic series of spoken-word digital audio files that a user can download to a personal device for easy listening.

A quick history lesson on podcasts. In October 2003, Matt Schichter launched his weekly chat show The BackStage Pass. Musicians B.B. King, Third Eye Blind, Gavin DeGraw, The Beach Boys, and Jason Mraz were notable guests that first season. The hour-long radio show was recorded live, then transcoded to a 16kbit/s audio for dial-up online streaming. That’s why The Backstage Pass is commonly believed to be the first podcast to be published online.

A common question is “how many podcasts are there?” and most of the data out there is outdated. But best guesses by experts say there are over 1,750,000, and over 43 million episodes as of January 2021. To highlight the rapid growth, an article from *Fast Company *in April 2018 stated: “There were 525,000 active shows and over 18.5 million episodes” at that time.

Spotify recently learned that 21% of its subscribers use it for podcasts. But during 2020, the amount of podcast content they were consuming more than doubled.

Not surprisingly, heavy podcast listeners (those who listen to six or more hours per week) were more likely to say they are listening to more shows during COVID-19. Among the medium’s biggest fans, 46% said they were spending more time with podcasts.

There is also an indication that some Americans used their additional free time at home to tap into the medium for the first time. In fact, 55% of podcast newcomers (those who have only been listening to podcasts for six months or less) are spending even more time listening.

Entertainment is the number-one reason weekly podcast listeners tune in, as stated by 63% of respondents in one study. Another 56% want to hear interesting stories, while 50% say they just want to learn something new.

Now listen up as we talk audiobooks. Audiobooks have been riding a wave of popularity in the past three years, and it appears that pandemic lockdown only intensified our engagement with the spoken word. A recent report by Deloitte put some numbers on the phenomenal rise. Global sales have been growing at 25% to 30% per year for the past three years, and will hit $3.5 billion in 2020, driven by the U.S. and China, each making up around a third of the market. (For comparison, global print book sales are a whopping $145 billion per year.)

How are people in the U.S. listening to audiobooks? Smart speakers are becoming increasingly popular from products such as Amazon Echo, Google Home, or Apple HomePod. A recent poll from the American Audiobook Publishers Association revealed that 60% of respondents own a smart speaker, and 46% of smart speaker owners have used it to listen to an audiobook, which is up 31% from 2018. Although the automobile is still the number-one place where people listen to audiobooks, the home is where audiobooks are played for longer durations.

Audiobook listeners tend to be younger—in their 20s and 30s, on average. The report also suggests that audiobooks could be reaching people who had previously eschewed books altogether, but were now devouring this new medium.

Edison Research national survey of American audiobook listeners ages 18 and up found that the average number of audiobooks listened to per year increased to 8.1 in 2020, up from 6.8 in 2019.

This should make your ears perk up. Streaming is a critical component of the music industry. In fact, streaming has grown from 9% to 47% of total industry revenues in just six years, thanks to services like Pandora, Spotify, Amazon Prime Music, and YouTube Music.

Music streaming has seen an increase in subscribers during the COVID crisis equal to, or in some cases exceeding, expectations pre-COVID. A report from Nielsen Music/MRC Data found activity on streaming platforms, such as Spotify and Apple Music, began 2020 up 20.4% over 2019. Deloitte reports that 15% of respondents added a music streaming service since COVID began.

Spotify said that it now has 299 million monthly active users, a 29% increase compared to last year, while subscribers increased by 27% to 138 million. In the U.S., nearly one-third of all Americans have a subscription service.

History of the Mixtape

While Spire’s new Spotify channel is based on the audio trends of today, it’s also based on the old-school mixtape of the past.

As the word suggests, a mixtape is a compilation of songs taken from multiple sources, such as radio, vinyl record, CD, another cassette, or any other media an album is released to. The songs are then recorded, typically on a cassette tape or CD in a specific order, giving meaning to one’s mood or to match a theme.

Compact cassettes were originally invented by Philips for voice recording in 1963. Despite having the all-important ability to rewind, cassettes had a difficult time for decades dethroning traditional vinyl and 8-track tapes for on-demand music.

Mixtapes were first popularized by DJs in the 1970s. Legends like Kool Herc, Grandmaster Flash, and Afrika Bambaataa sensationalized the mixtape for music listeners for generations to come.

DJs used these compilations as demos to showcase their skills of song selection and beat matching. Most often these were simply recordings of their performances in underground events or clubs, to be sold to the general public to add to their own revenue and brand. Often these tapes were referred to as a “party tape,” limited in quantity and prized by the purchaser.

Cassettes truly became immortalized as the preferred music media in 1978. That’s when the introduction of the first Sony Walkman sparked the portable music revolution, and the infamous boombox catapulted the cassette to king.

The 1980s are synonymous with mixtapes as these personal compilations were gifted and exchanged to show friendship, love, or to capture special memories. Their popularity grew to such an extent that at one point, mixtapes were even considered an art form in 80s America.

Music playlists and business-minded podcasts have found a place in the B2B marketing mix as a way to stay connected to customers as we continue to be isolated from one another. As stated in our recent blog about 2021 projections, content marketing may become one of your top strategies as we continue remote selling well-beyond COVID-19.

So be sure to follow Spire on Spotify for playlists throughout the year. Volume 1 is called “Train Tracks” and is inspired by our B2B client TrinityRail, North America’s leading railcar provider. Watch for this album to be dropped soon.