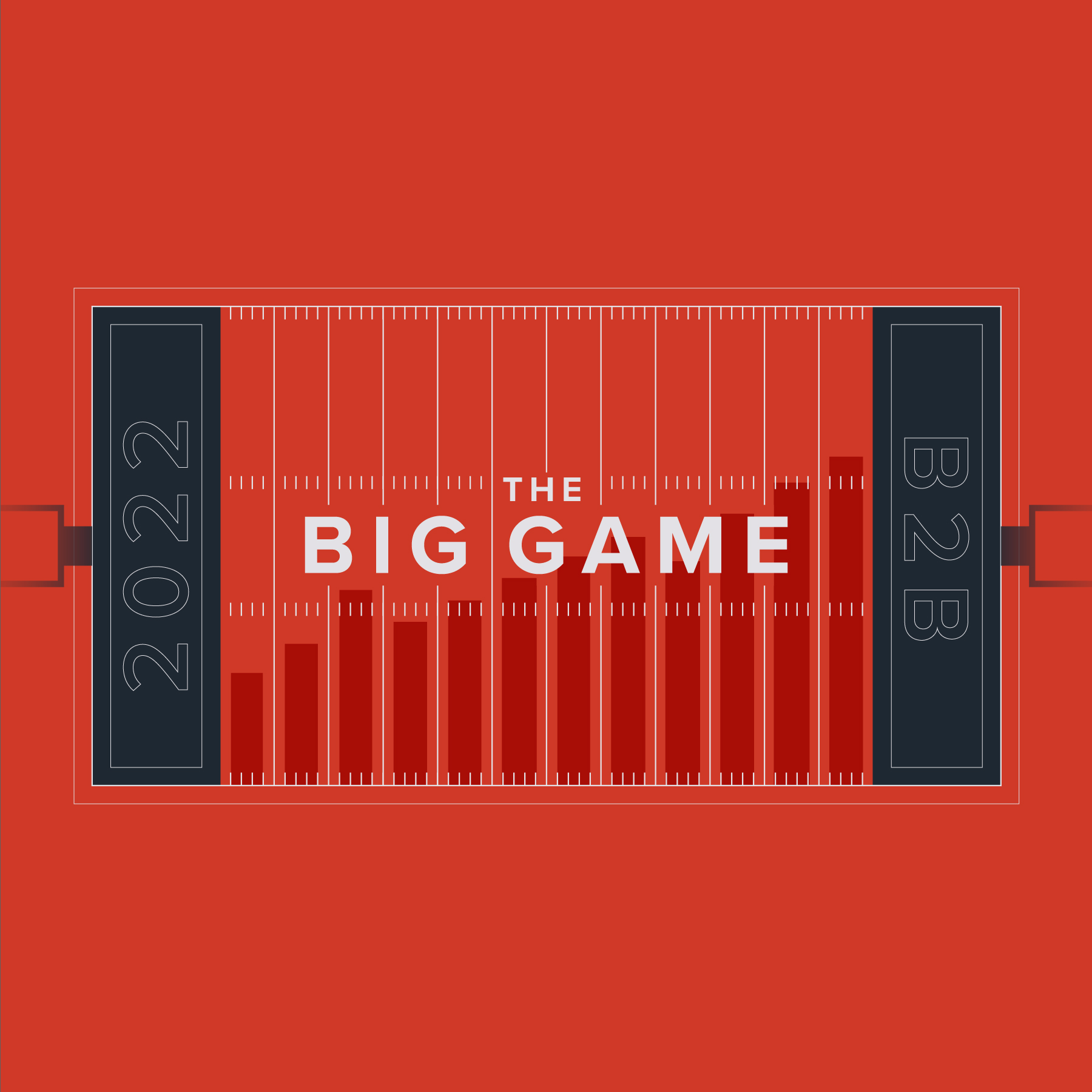 Football is by far the most popular sport in America, but the Super Bowl is next level. Of the top 10 most-watched American television programs of all time, nine of them are now Super Bowl games. The game transcends nationality, race, gender, age, and even the love of sports.

And in the advertising industry, the Super Bowl is as big as it gets. As the game has increased in popularity worldwide, so has the cost and talk-value of our television commercials. Both B2C and B2B companies have invested enormous amounts of media and production dollars to showcase their product or service on the world’s largest stage in the hopes of generating MVP-level buzz.

Apple’s “1984” spot that aired during the third quarter of Super Bowl XVIII in 1984 is still regarded as the best Super Bowl commercial of all time. But back in 1984, no one could have ever predicted the viewership of today’s Big Game, nor the cost of the commercials.

An estimated 100 million Americans, and 160 million worldwide, will tune in for Super Bowl LVI as the Rams face the Bengals on Sunday, February 13 from SoFi Stadium in Los Angeles. As the popularity of the game has grown, so has the cost of advertising during the game. Commercials for the first Super Bowl in 1967 cost anywhere from $37,500 to $42,500 per spot, according to SuperBowl-Ads.com.

According to Forbes, NBC’s ad sales are projected to top $500M for this year’s Big Game. Even at record rates, their inventory of Super Bowl commercials were 85% sold out by July 2021. With a few last-minute spots still available, NBC allegedly sold some spots for as high as $7.1M before inventory was officially depleted February 3.

Because of the cost, it’s now quite common for Super Bowl advertisers to release teasers of their spots to generate early buzz and social sharing. Here are a few sneak peeks.

Ad Age has compiled a full list of national advertisers with spots in this year’s Super Bowl. Feeling nostalgic? Vogue has also compiled their picks for the best Super Bowl commercials of all time.

So what about B2B advertisers? How active are they on Super Bowl Sunday? Many B2B businesses have made a splash over the years during the Super Bowl. EDS (Electronic Data Systems) debuted Cat Herder, its anthemic :60 spot, during Super Bowl XXXIV in 2000. Domain registrar Go Daddy used commercials with risqué subject matter from 2005 to 2010 to intentionally be rejected by the networks as part of a marketing publicity stunt.

Squarespace in 2022 will continue its tradition of advertising at the Big Game; it has made an appearance each year since 2014, except for 2019. Medtech company Hologic will advertise during Super Bowl LVI for the first time with a message about women’s health. Workflow software company Monday.com will make its Super Bowl advertising debut with a 30-second spot. And Intuit will also be promoting its QuickBooks products for the first time this year.

The ability to have so many eyeballs on your brand at once is what continues to drive up the cost of advertising during America’s biggest game. And it’s hard to say whether the return truly justifies the cost. But with 30% of Americans citing ads as a major reason for watching the game this year, networks will continue to increase the price as advertisers continue to buy in. So it’s a win-win, right?

Mike Stopper is Executive Vice President of Client Service and Planning at Spire—Texas’ most- awarded B2B branding agency. To stay up to date on agency news, awards, and blog posts, subscribe to our Spire Wire newsletter.